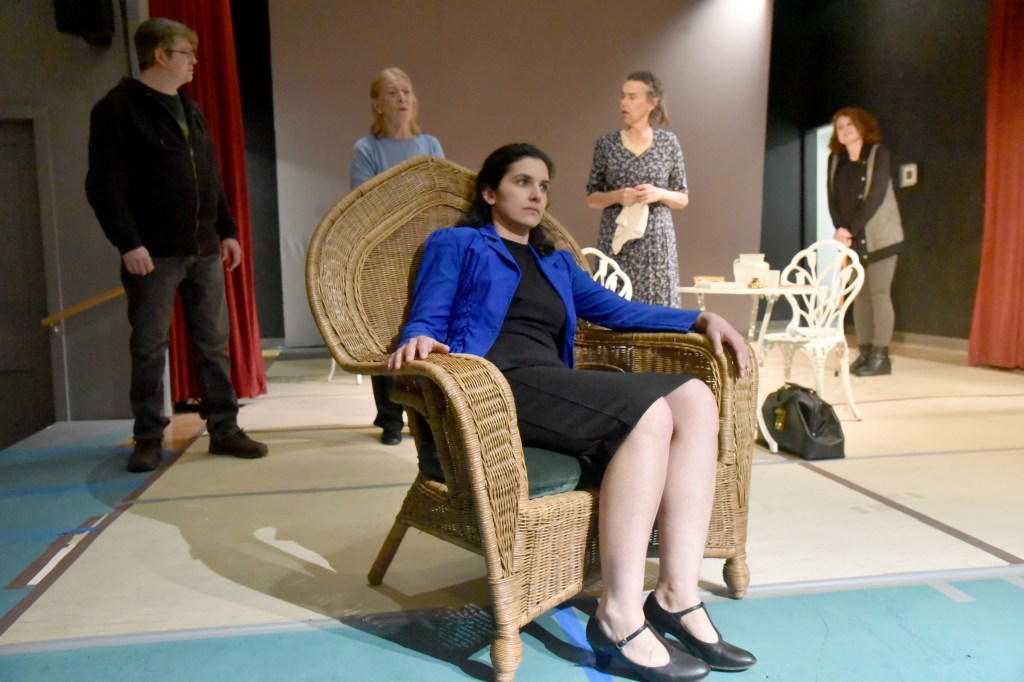 WOODSTOCK, NY – After a two-year delay due to the COVID-19 pandemic, the curtain will rise on Performing Arts of Woodstock’s production of Tennessee Williams’ “Suddenly Last Summer” with a preview on Thursday, March 17. at 7:30 p.m.

The production then opens a three-week run at the Mescal Hornbeck Community Center on March 18 at 7:30 p.m.

Director Ellen Honig, who has acted and directed community theater productions for 38 years, recalled how everyone was ready and the stage was set for the show to open in March 2020, but then the pandemic hit and everything s ‘stopped.

Since then, the series has encountered several obstacles, including three actors who had to leave the production for various reasons, Honig said.

“One of the actresses got sick and couldn’t be there,” Honig said.

Gabriela Bonomo, from Ghent in Columbia County, took over as Catharine for this year’s staging. Bonomo is originally from Brazil and has performed in Brazil, London and New York.

As cast members walked into the community center during a recent rehearsal with just over a week to go before curtain, Honig said she was confident everything was falling into place. “We’re in great shape,” she said.

She said the pandemic has caused cast members to step back and look at the classic play in an entirely different way. “Our life experiences have informed us,” Honig said. “Everyone has faced very difficult things like the characters in the play.”

These events take place in the exotic location of Cabeza de Lobo, or Wolf’s Head, in Spain in 1936, just before the Spanish Civil War, according to Honig. Bonomo said Cabeza de Lobo at the time resembled a South American village facing extreme poverty. But this is not a major concern for Catharine and her cousin Sabastian Venable as they are both very wealthy, Bonomo added.

And although the piece is from the late 1950s, Bonomo said it touches on issues that still resonate today, such as “sex tourism” and sentiments around homosexuality.

Catharine is being evaluated for a lobotomy, a new procedure at the time that Williams’ sister, Rose, and Rosemary Kennedy, a sister of President John Kennedy, both underwent, Honig said.

While preparing for a Fourth Stage review, Honig said Performing Arts of Woodstock has certainly taken a hit by not being able to hold performances during the pandemic. Meanwhile, the company has taken care of other things like Zoom readings, she added. But the organization was less affected than larger companies with large buildings to maintain, Honig said.

“Live theater is barely recovering now,” she said. “It’s quite exciting to see him start again.”

Lora Lee Ecobelli (Ms. Venable), who stayed after the canceled 2020 production, said everyone was great during the shutdown.

The delay was necessary, especially since much of the company’s audience is made up of older people who are particularly vulnerable to the effects of the virus, she said. A resident of Catskill, Ecobelli has a career that spans 30 years on and off Broadway and has included acting, directing and writing independent films.

The play is produced by Adele Calcavecchio, who also has a small role as the nun Sister Felicity. Like Ecobelli, she is no stranger to the independent film circuit. The film “Trust Issues” by Calcavecchio, filmed mainly around Woodstock, was presented at the Cannes Film Festival.

All the cast members present admitted that nothing was better than getting back on stage.

“There are so many ways to build a character to make it look real, it’s unbeatable,” Calcavecchio said.

Adjusting the lighting for the rehearsal, Richard Ralff, the play’s technical director, said after two years he was looking forward to opening night. “About the damn time,” he said.

Tickets are $23, $20 for general admission. Admission is $15 for seniors, students and members. Group rates are available. Tickets can be purchased at Performingartsofwoodstock.org. Masks are mandatory.

Photos: Performing Arts of Woodstock prepares for the production of “Suddenly Last Summer”