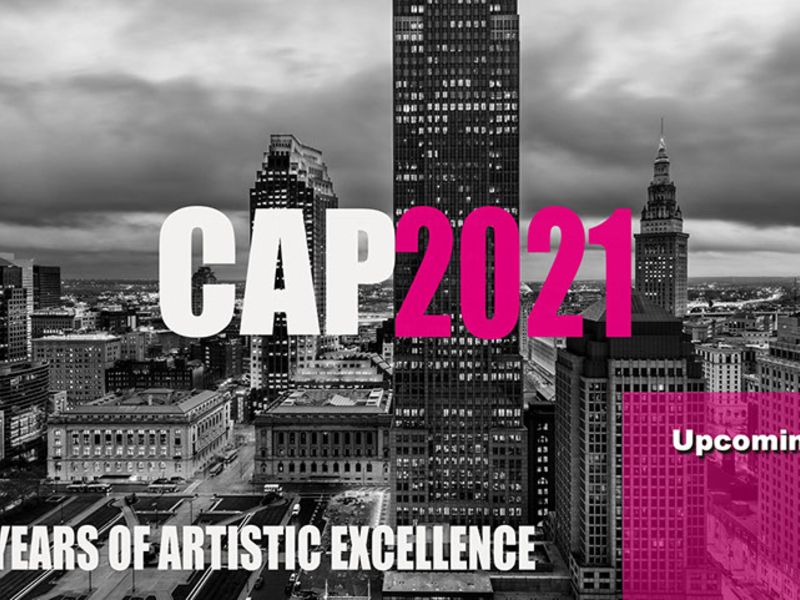 â€¢ The Emerging Artist Award is presented to two artists currently living in Northeast Ohio who have “already created significant works or projects and show remarkable promise for the further development of their artistic careers.”

One of the laureates, in the field of music, is Deuil [A] BLKstar, with James Longs, LaToya Kent and Kyle Kidd, vocals; Dante Fole, drums; Theresa May, trumpet; Pete Saudek, guitar / keyboards; William Washington, trombone; and RA Washington, samplers / bass.

The Prix des Arts describes mourning [A] BLKstar as a “collective of musicians, writers and multimedia artists” who are “in dialogue with hip pop production techniques and live instrumentation” exploring “the paths and frequencies that have supported the African diaspora and beyond”. Since 2016, Mourning [A] BLKstar has received critical acclaim for its five recordings.

The second winner is Lauren Yeager, representing the visual arts. Yeager, born 1987 in Nashville, Tennessee, is a conceptual artist working in sculpture and photography.

“Using found objects and landscapes, she preserves the identity of these familiar components while reconfiguring them into abstract compositions,” said the Arts Prize. “Works have the capacity to fluctuate between contexts, to be both formal works and relics of personal stories and everyday monotony.”

â€¢ The Mid-Career Artist Award is presented to two artists who have resided in Northeast Ohio and whose work “has received both regional and national recognition.”

One of the laureates, in theater / dance, is Alice Ripley, a Tony Award-winning actress and Kent State University alumnus who has appeared in Playhouse Square as Diana in “Next to Normal” and Fantine in “Wretched”.

She is also an accomplished songwriter, playing guitar and drums live with her band, RIPLEY, and on her self-produced records.

The second winner, Corrie Slawson, is a visual artist whose work â€œexplores forms and narratives related to social and environmental equityâ€. The Cleveland Heights native received her BFA from Parsons School of Design in New York and her MFA from Kent State University. His work has been exhibited in the United States and abroad, including at MOCA Cleveland, Toledo Museum of Art, Akron Art Museum, Massillon Museum, Centro Culturel de Tijuana, SPACES, and in Dresden and Sardinia.

â€¢ The Lifetime Achievement Award is presented to an artist who has worked in Northeast Ohio for decades and whose artistic achievements “have distinguished the individual artist and our region as a whole.”

The winner is Raymond McNiece, in the literature category. McNiece has written 11 books of poems, monologues and CDs, most recently “Love Song for Cleveland”, a collaboration with photographer Tim Lachina.