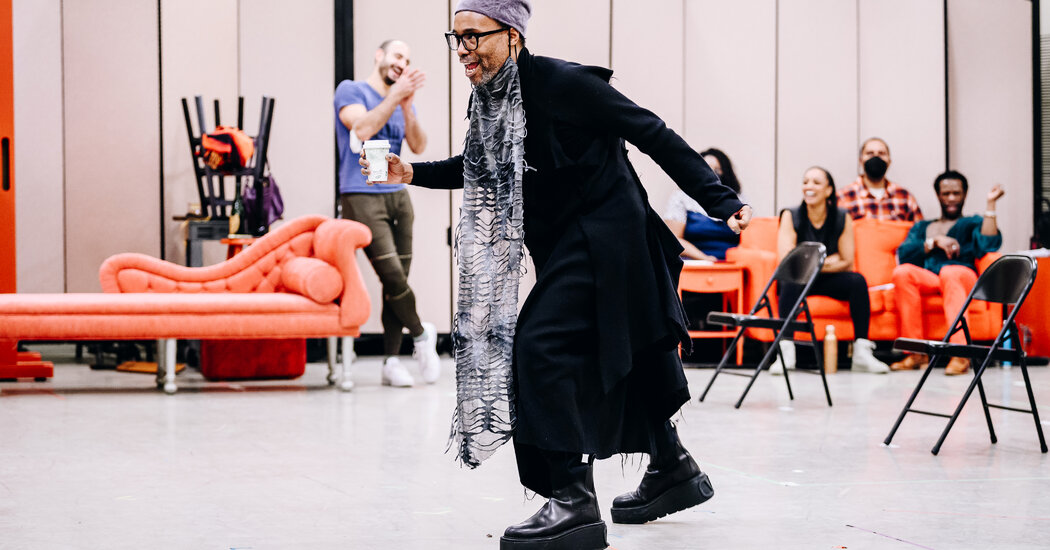 When “The Life” opened on Broadway in 1997, the Times Square sex trade it depicted was no longer a prominent feature of the area. Like an increasingly polished Midtown Manhattan, the musical, about the women and men who once made it a prostitution capital, was family-friendly enough that my parents took me to see it, at the age of 15 years, like my first Broadway show.

We came to New York to see “Rent,” Jonathan Larson’s portrait of bohemian life, which had opened the year before. After reading the papers, my dad picked “The Life” as another show to watch in town. And despite its ostensibly R-rated subject matter (which we’re guessing it somehow neglected), it was perhaps no more adult in theme than “Rent.” Set circa 1980, “The Life” is also about lovers and activists trying their best to survive in a harsh and unforgiving city.

But the Broadway production of “The Life” shared more DNA with fun Gotham fables like “Guys and Dolls” and “Sweet Charity,” another musical about dreams of escaping the sex trade composed, some 30 years earlier, by Cy Coleman, whose score for “The Life” is filled with magnetic melodies and brassy hooks. A hybrid comedy-drama, “The Life” was jazzy and flippant, with a touch of vaudeville and blues.

With lyrics by Ira Gasman and a book by Coleman, Gasman and David Newman, “The Life” imagined the sex workers who populated Times Square as showbiz types with verve and moxie. (Vincent Canby’s New York Times critic’s essay praised the production’s “do-it-all pizazz.”) Powered by electric performances, “The Life” was nominated for 12 Tony Awards and in won two, for Best Featured Actor in a Musical (Chuck Cooper) and for Best Featured Actress in a Musical (Lillias White, whose volcanic rendition of “The Oldest Profession” was the first time I was witness to a breathtaking ovation).

Although my life couldn’t have been further from “The Life”, there was a restlessness and defiance towards the characters I recognized in mine, as the gay son of immigrants growing up in a predominantly white suburb. from Michigan. Listening to the cast recording, I channeled my angst and alienation into songs like “My Body” and “Why Don’t They Leave Us Alone,” anthems of self-reliance and self-determination.

And while I could easily identify with the desire for love and escape, “The Life” was not the lesson in hard truths — about racism, poverty and prison injustice — that it might have. to be. Although the musical ended in tragedy, the comedy kept the so-called prostitutes and pimps, and their plight, at bay. The characters seemed designed for entertainment purposes, not to inspire understanding of their inner selves and circumstances.

“The comedy did the storytelling a disservice,” said Billy Porter, who re-envisioned a new production of “The Life” for New York City Center’s Encores! series. The show, whose performances will begin on Wednesday, will be his Encores! debut director.

Like most writers working on Broadway at the time, the creators of “The Life” were white men; their story didn’t ask audiences to question why its mostly black characters, many of whom are women, were framed in the first place — only that they wanted out. With his review, Porter, 52, said he intended to make “The Life” a darker and lighter drama, humanizing its characters and highlighting their social disadvantages.

Porter, who wrapped up his run as Pray Tell on the FX series “Pose” last year, played a starring role in early development workshops for “The Life,” but was ultimately not cast when the show moved to Broadway. He says he believes in the purity of the intentions of his creators. “They wanted to be allies, and they were,” he told me during a lunch break at a recent rehearsal. “The music is extraordinary, that’s why we do it at all.” Still, he noted that this story was problematic in the absence of more context.

Again ! first approached Porter to direct ‘The Life’ in early 2020; the inequalities exposed by the pandemic and the resurgence of the Black Lives Matter movement have only fueled the urgency behind his vision for the show. “We need to make sure everyone understands that there are systems of oppression, erasure and caste, where if you’re born into a system, you stay in that system,” he said. “We can’t ignore it anymore.”

The plot remains largely intact, but the characters stuck in “The Life” are presented in greater detail – not only with back stories and more vivid inner lives, but with fates beyond the action. on the scene. Much of this information comes from the narrator, Jojo, originally played by white actor Sam Harris. In Porter’s iteration, the role has been expanded and will be played by Destan Owens, who is black. “I wanted the storytelling to be told through our eyes and our voices,” Porter said.

Reflecting on the summer of 1980, when New York was on the brink of bankruptcy, Jojo tells the audience, “We were all like crabs in a barrel,” scratching and clawing our way out. (Jojo arrived in Los Angeles, he says, where he now runs his own public relations firm.)

There’s Fleetwood (Ken Robinson), a Vietnam veteran who succumbs to the city’s crack epidemic, and his lover Queen (Alexandra Gray), who learns that her money doing tricks didn’t go to their fund. of escape. There’s Memphis (Antwayn Hopper), the fly, the ruthless kingpin who drives a wedge between them for his own gain. And there’s the exhausted and weary Sonja (Ledisi, in the role White originated), whose character has gone from soulful comic relief to a tragic harbinger of what’s to come.

Where the original subtly hinted that Sonja was suffering from HIV, the first cases of which were diagnosed during the filming of “The Life”, Porter highlights her declining health, adding a scene in which the women receive services from support in a community clinic. This is where Queen, who is transgender in Porter’s review, also receives hormone treatments. For Porter, these aspects of the characters’ lives come with the clarity of hindsight.

The music for “The Life” also aims to reflect more post-disco New York, in new orchestrations and arrangements by James Sampliner. While honoring Coleman’s original melodies, Sampliner said the revival’s sound, which he described as “low and funky”, would be a far cry from the big band jazz of the original, citing sonic influences like Earth, Wind & Fire , the O’Jays, Chaka Khan and Isaac Hayes. “It’s just stinky everywhere,” he said.

The Encores! The series, which began its first season under new management last month with “The Tap Dance Kid,” has long welcomed substantial revisions to its short-lived revivals of American musicals (as the book is often the problem with the ones you rarely see). But preserving the original orchestrations and arrangements is also part of its mission, so “The Life” represents an artistic departure.

It’s also the first of what art director Lear DeBessonet and creative director producer Clint Ramos call an auteur slot, encouraging artists like Porter to reimagine works from their personal perspective. Porter’s revision has the support of Coleman’s estate, as the musical is not often produced due to its mature content.

Will “The Life” still make you laugh? “It’s going to be a complete gag,” Porter said, adding that he considers himself a hopeful entertainer. “Even when it’s dark, that’s our job.” Humor will not be used to make anyone feel more comfortable, he added. Rather, it will come from the often painful truths of the situation (like Sonja asking for a doctor’s note to show her pimp).

The courage and perseverance that women like Sonja and Queen taught me at a young age also remain – lessons perhaps made more poignant by a fuller picture of the odds against them. And “The Life” can also speak with hard-fought wisdom for troubled times, to a city emerging from another difficult chapter.

“We choose hope, not because things are happy or hopeful,” Porter said. “But to live.”