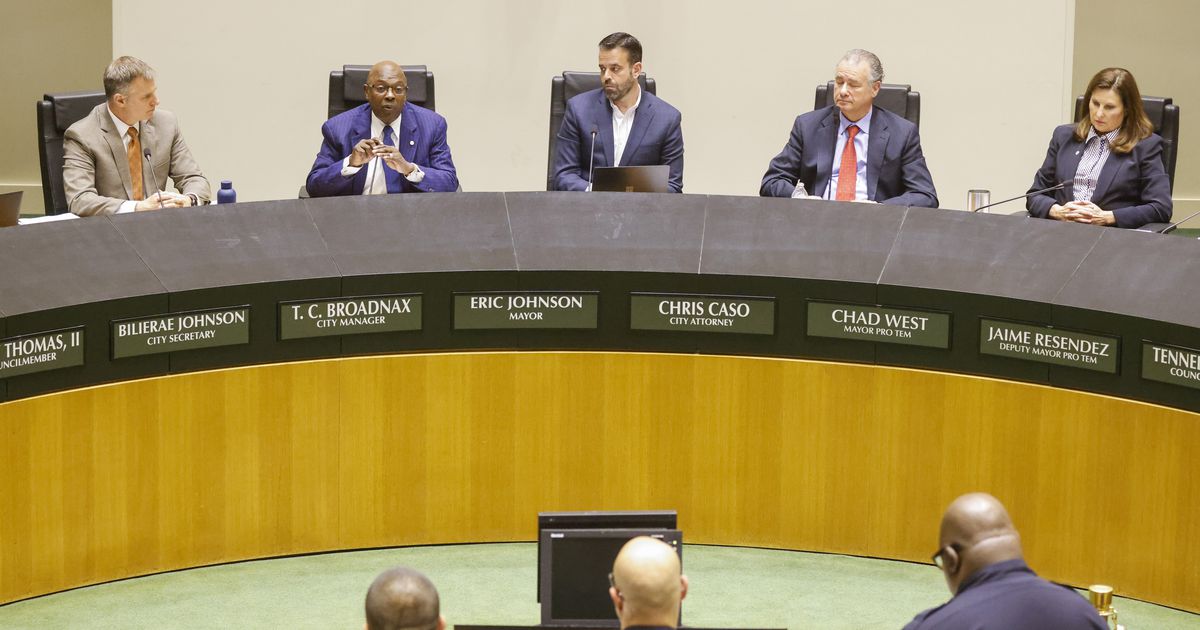 The Dallas City Council unanimously passed an ordinance on Wednesday to bolster safety with new requirements for venue operators and promoters who advertise large events that don’t need permits.

The ordinance, effective immediately, requires venue operators and developers to sign a detailed, city-approved safety plan prior to the event and are responsible for costs incurred should the occasion result in an emergency response. “Commercial promoters” — people who advertise an event that doesn’t need a permit — must also pay a fee and register with the city.

The requirements target events such as dance performances, concerts, outdoor activities and other paid entertainment that are not already monitored by current municipal processes. The city currently requires a special use permit for events that meet certain criteria and have a crowd of 100 or more.

Events organized for or by non-profit groups are exempt from the new order.

Murder rate rises in Dallas, amplifying feelings of helplessness and calls for change

The new rules were requested by Dallas police after two mass shootings at events that did not have permits. The shooting — one at an outdoor concert in southeast Oak Cliff on April 2 and the other at a spring break party at a south Dallas event venue on March 19 — has killed two and injured at least 25 others. The city and some attendees filed lawsuits against the promoters and owner for the filming of the concert.

Police Chief Eddie García and city officials have expressed the need to pass the ordinance before the summer when violence typically increases, but some residents with experience in organizing events have argued that the process had been rushed and that the order would have unintended consequences by only penalizing people who have already followed the rules.

The city held 10 public meetings over the past month to gather feedback and made minor changes to the ordinance and clarified some terms. Still, 11 people — most representing businesses or public safety organizations — sent a letter Friday to city officials, asking for more time for comment and saying the ordinance would hurt Dallas’ economic and cultural vibrancy. while straining the city’s resources.

“Passing this ordinance at such short notice is unfair and unfair to the hundreds of Tories like us and would-be Tories who would no doubt be blindsided by this ordinance during one of the busiest seasons in the production of live events in recent years,” the band wrote. .

Council members said Wednesday that the rules could be changed later and that the city attorney’s office had already made changes based on public comment.

City officials plan to conduct outreach activities over the next 60 days to train people on the new registration system. The city attorney’s office said violations of the ordinance would not result in penalties until then.

“What worries me about the delay is that there will be another incident, something tragic will and could happen, and that we waited and didn’t do everything we could to keep our citizens safe as best we can,” said Adam McGough, who leads the public safety committee.

Mayor Eric Johnson called the ordinance a step in the right direction.

“There’s no ordinance we can pass or anything we can do that will stop all bad people from doing bad things,” he said. “At the end of the day, we have to hold people accountable for their wrongdoings. A bad person with bad intentions can do a lot of harm.