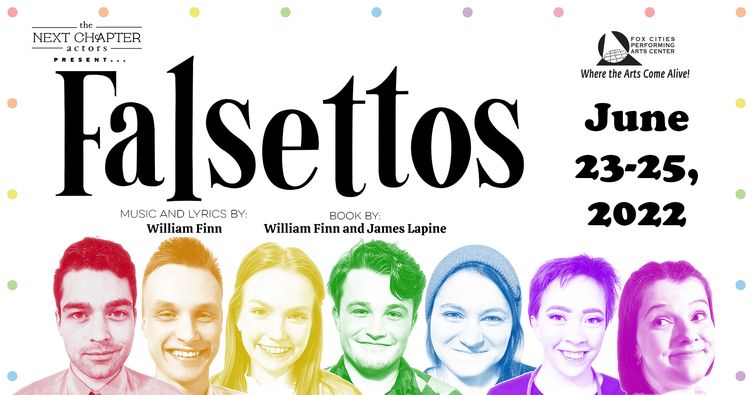 APPLETON, (WFRV) — The Next Chapter Actors, an independent theater company from northeastern Wisconsin, will present four performances of the musical “Falsettos” this week at the Kimberly-Clark Theater at Fox Cities Performing Arts Center (PAC). Info.

The show premiered on Broadway in 1992 and was nominated for seven Tony Awards, winning Best Book and Best Original Score. The musical was revived on Broadway in 2016. The revival was filmed and adapted for the PBS television series “Live from Lincoln Center,” which aired in October 2017.

The Next Chapter Actors is a non-profit theater group made up of community members who perform theater focused on “real world” events and topics.

“Marvin, a neurotic and closeted homosexual leaves his wife, Trina, and son, Jason, to be with his lover, Whizzer. In time, Trina ends up romantically involved with the family’s psychiatrist, Mendel, while Jason is stuck in the middle.

“Things are racing and problems are getting worse, but with the help of their lesbian neighbors, Charlotte and Cordelia, Marvin and his entire family are learning to grow and face their future with love and dignity.

Many players have extensive experience in the region’s stages.

“Falsettos” is The Next Chapter Actors’ third production to premiere at PAC. The company was launched by Kyle Weidman in 2016.