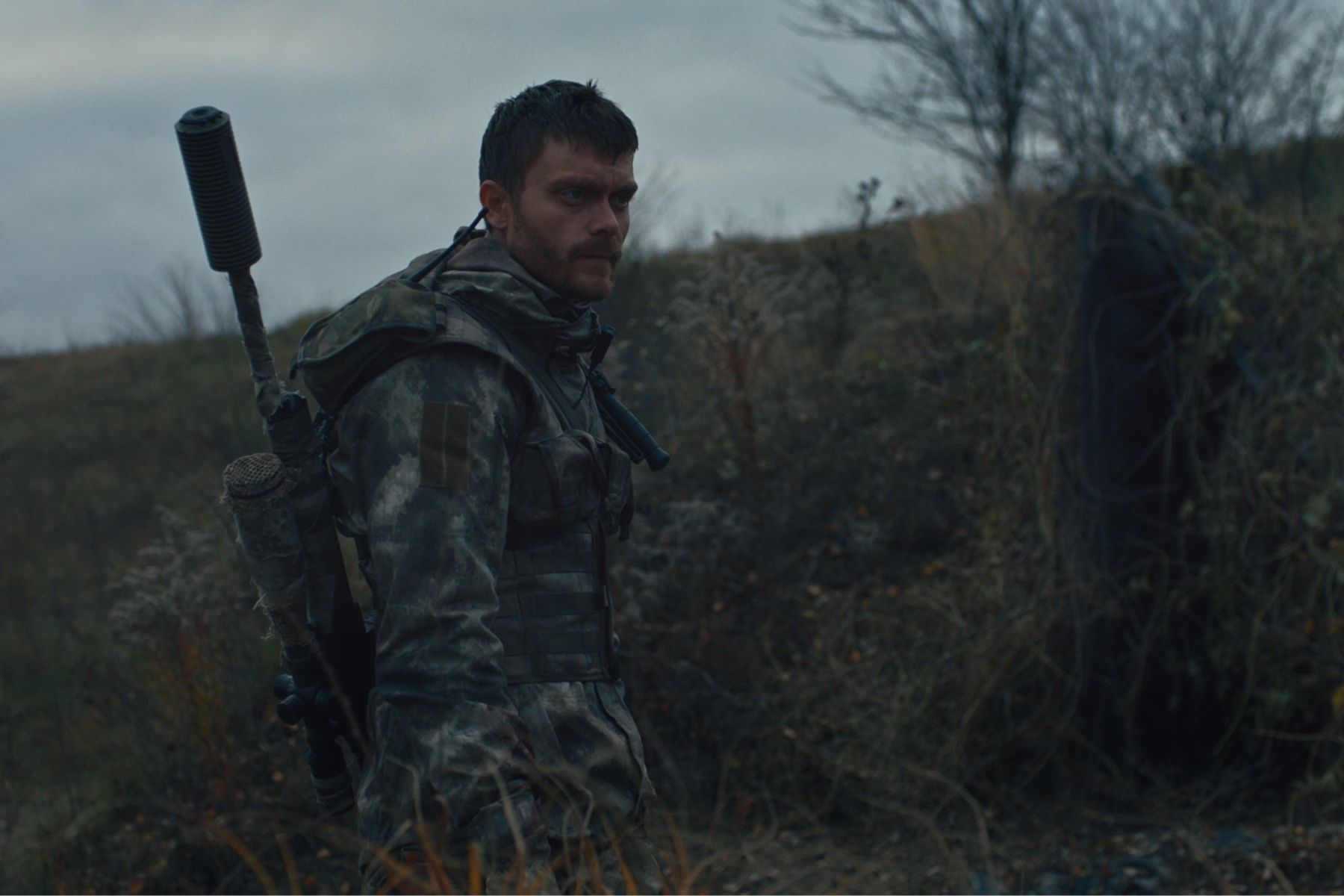 Current events, however, have given new relevance and urgency to this obscure Ukrainian drama, which is unfolding during the build-up to Russia’s annexation of Crimea in 2014.

That importance isn’t lost on executives at Well Go, which will release the film in select North American markets, including Fort Worth, this weekend. It will also be available through online streaming platforms.

“It’s the least we can do to support this film community and ensure that Ukrainian stories are heard at a time when they really can’t yet tell them on their own,” said Doris Pfardrescher, President and CEO of Well Go. “What is happening in Ukraine right now is extremely sad, and we are proud to highlight this story of courage and patriotism, along with everyone involved in making it happen.

Based on a true story, the gritty and evocative film follows a physics professor (Pavlo Aldoshyn) in the Donbass region who suffers a family tragedy at the hands of invading Russian troops. The ex-pacifist joins the military as an unconventional sniper bent on revenge and defending his country’s future.

It was created with the support of the Ukrainian State Film Agency, was co-written by Mykola Voronin – the real-life sniper whose story is featured – and features around 100 members of the armed forces and the Ukrainian national guard. Even outside of those careers, several of the major players are currently fighting on the front lines.

“Factual and historical elements can always increase a film’s appeal, but in this case it also gave us a sense of ease in releasing the film at this time, knowing that we were telling an important story about someone. ‘one who also fights to defend his country in real time,” Pfardrescher said. “For us, it was radically different to aim to entertain audiences with a made-up story that deliberately exploits the moment of an unfolding human tragedy. .”

Pfardrescher sees the white crow acquisition as another step in diversifying a niche portfolio that has helped the Texas-based company thrive in a crowded indie distribution landscape with competitors on both coasts.

“The rise of the digital age has played a huge role in achieving our success away from industry hotspots. There are so many things we can do now without being near that just weren’t possible 10 or 15 years ago,” she said. “We’re also very pleased to support the kind of stories that are rare or otherwise couldn’t be told.”

The film’s release in its home country has been delayed indefinitely by the ongoing military conflict. We will go, best known for its extensive library of new Asian action and repertoire titles, will instead introduce the film to the US market. Next come territories in Asia and Europe, which Pfardrescher hopes will help him find the audience he deserves.

“Any time there is a major humanitarian crisis, it can evoke that pervasive sense of helplessness,” she said, “because really how much can you do to make a concrete, measurable difference to the halfway around the world? But that’s part of the beauty and power of cinema, especially through independent filmmakers, and it’s firmly rooted in the heritage of cinema.

Get a front-row seat to the best shows, arts, and things to do in North Texas. Never miss a beat.