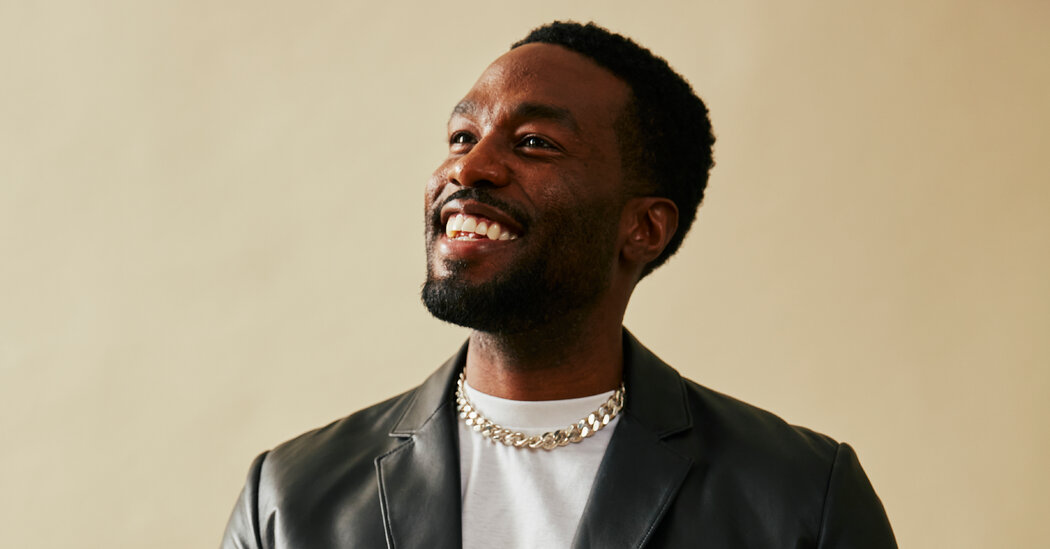 “One of the first things I did when I went to Chicago was go to Cabrini-Green and put on that community planner hat,” he said. “And for a place that has a history of being as dark as this neighborhood was, that wasn’t what I found. You have to wonder what happened to all these families, to all these spirits? For every household there is a story, but when there is no one left to tell those stories, then it is a tragedy.

With the influence he is starting to gain, Abdul-Mateen wants to make sure these stories are told properly. He also knows that if he can get even more involved in these movies, he can start leading the wave instead of riding it.

Maybe that will help him too, once he feels he has a world to return to. Abdul-Mateen has spent the last turbulent years without a home of his own; even when he got the keys to an apartment in New York in january, he left the next day to shoot a new movie in Los Angeles. “It was a very isolating experience,” he said. “I don’t want to do this anymore. I do not have to do more.

In the future, he plans to take more inspiration from his “Aquaman” co-star Jason Momoa, who keeps his family and friends close around him on set: “It helps him stay true to who he is, because he is not always the one who has to speak up and support his own values ​​all the time. Abdul-Mateen hopes this will help the films he makes feel more like him, more like the homes he grew up in, more like the community that raised him in New Orleans.

In the meantime, he will bring that feeling with him. When I asked Abdul-Mateen if he could name the most New Orleans thing about him, he smiled and spread his legs.

“The way I take up space,” he said. “Someone from New Orleans, they’re sitting down with their legs east to west, they’re going to wave big.” He waved his hands, then looked into the camera and stared at me with those high beams. “I don’t necessarily do this in my everyday life. But when I decide to take up space, no one can take it from me.