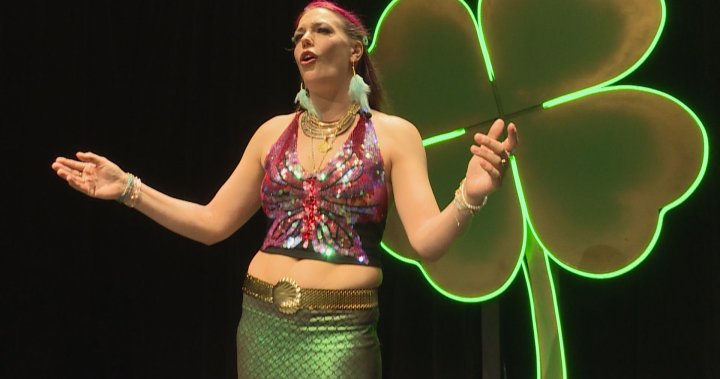 It’s a busy time for the New Vintage Theater in Kelowna. Their new season is off to a strong start with a St. Patrick’s Day-themed fundraiser for their upcoming season, at the Black Box Theatre.

“It’s a great love for the arts, and it really helps us get started this season because basically we haven’t been closed. But we’ve really been working at reduced capacity for the last two years,” said Bonnie Gratz, artistic director of the New Vintage Theatre.

The event titled ‘Get Lucky’ on March 17 from 6:30-9pm doubles as an announcement of the Fringe Festival lineup where names will be drawn for this year’s festival.

Menopause the Musical makes a stopover in Kelowna, BC

“A Fringe festival is a democratic festival without a jury, where anyone who wants to perform in a space has the opportunity to do so if their name is pulled from a hat,” Gratz said.

The story continues under the ad

The creatives chosen across the country will be supported by the theater company, as they prepare to unveil their shows to the public from August 31 to September 4.

Kelowna singer Mermaid Nicole not only put her name in the lottery to put on a show, but will also be busking at the festival.

“Mermaid Nicole is my cosplay character. And when the weather is nice and there are friends to meet, I go out to Okanagan Lake to meet friends and sing my favorite songs,” said Nicole Kraft, who plays the role. by Mermaid Nicole.

“When I sing for people, I really like to see the reaction or the expression because my favorite songs are often other people’s favorite songs. But maybe they haven’t heard them for a long time.

Along with their long list of events on their calendar, Gratz is casting the cast for their new season of shows. The season starts with Cabaret From June 3 to June 12 at the Mary Irwin Theatre.

Cabaret transports the audience to 1930s Berlin at the Kit Kat Club.

“Keep in mind that Berlin in the 1930s wasn’t the most fun place for a lot of people in the real world. So a club like the Kit Kat comes where they could absolutely escape reality where almost it all goes, you know, it was hedonistic. It was vulgar and fun,” said actor and musician Neville Bowman.

The story continues under the ad

Festivals and Events Return to the Okanagan and Shuswap

Then is Growing pains by Josie Morrow, June 6 and 7. Tony Award-winning, spongebob the musical will take the public on an underwater adventure from July 7 to 17.

Explore the supernatural in The thin place by Tony Award-winning playwright Lucas Hnath from October 27-29. Their latest show The Mouse Trap by Agatha Christie immerses audiences in a murder mystery October 20-22 at mystery locations and October 25-29 at the Black Box Theatre.

For ticket information and more details on each show, visit www.newvintagetheatre.com or www.kelownafringe.com