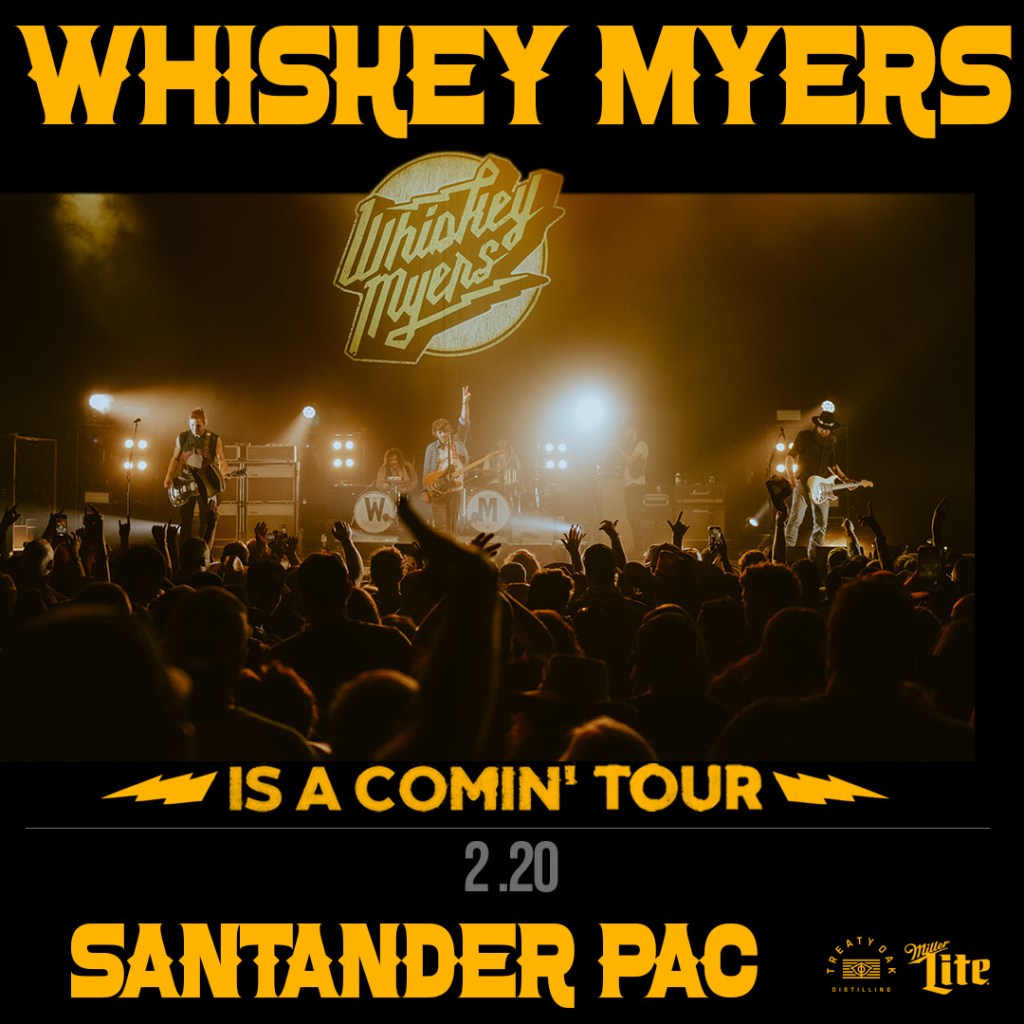 High-energy country rock band Whiskey Myers arrive at the Santander Performing Arts Center, Reading, on February 20. Tickets will go on sale to the general public from Friday at 10 a.m. on ticketmaster.com.

The sextet has performed over 2,500 concerts since its debut in 2007 and sold 95% of its headlining shows in the last year of touring in front of growing crowds. Their fifth self-produced studio album, “Whiskey Myers”, released in 2019, debuted at the top of the Country and Americana / Folk sales charts, at No. 2 on the Rock charts and at No. 6 on the Billboard 200 All Genres charts.

The eponymous project follows on from their previous album, “Mud”, which reached No. 1 on the iTunes Country Chart with the single “Stone” in the Top 10 All Genres.

In total, Whiskey Myers has sold nearly a million albums and amassed over a billion streams. United States today describes the band led by frontman Cody Cannon as “a mix of heavy southern rock and gritty country riffs that has won comparisons with the Allman Brothers Band and Led Zeppelin,” with Rolling Stone noting “it’s the seminal combination of twang and crisp rock and roll guitars that strike a perfect sweet spot.

The group has appeared on Kevin Costner’s hit show “Yellowstone” on Paramount Network, as well as in the RenÃ©e Zellweger-directed Netflix series “What / If”. For more information, visit www.whiskeymyers.com.