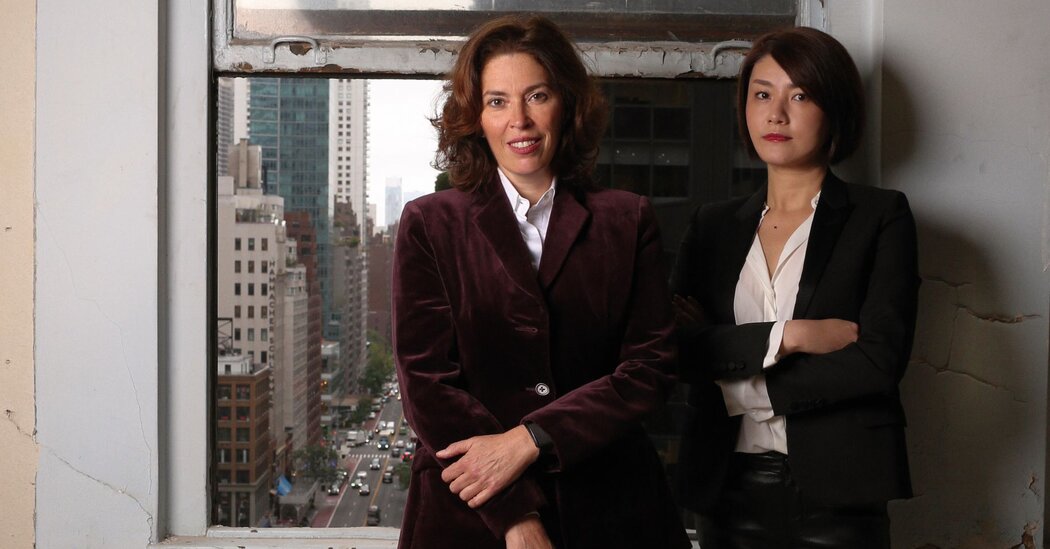 In the latest sign of the ongoing disruption in the art market amid the pandemic, three powerful Sotheby’s alumni have joined forces to create a new business that will focus on Asia’s rapidly growing pool of buyers. .

Amy Cappellazzo, the former chair of Sotheby’s fine arts division, and Yuki Terase, the former head of contemporary art in Asia, will begin operating an international art consultancy firm in November that manages transactions and offers market expertise, advising on the acquisition of works of art or the dissolution of collections.

Adam Chinn, another founding partner and former COO of Sotheby’s, will handle the company’s business and legal operations.

The major collector market in the United States is largely saturated, Cappellazzo said in a joint interview. “They already have so much that they only buy to fill,” she explained, “whereas when you get a whole crop of new collectors they are a lot more ravenous because they start to build something. thing.”

“The only smart thing to do,” she added, “is create a business that can multitask.”

The company reflects several changes in the market, namely the increasing comfort for collectors to purchase art that they have not seen in person (via online sales or from PDFs sent by email) and a growing interest over the past five years among Asian buyers to purchase Western artists.

During the pandemic, when people couldn’t travel and avoided in-person activities, buyers were forced to trust due diligence in condition reports, catalog reasoning and photographic representations, Cappellazzo said.

The company, called Art Intelligence Global (AIG), will be headquartered in both Hong Kong – where Terase will be based and the offices will include a large exhibition space – and New York City, at 32 East 57th Street, the former home. of the legendary Pace / MacGill Gallery, where Cappellazzo and Chinn will move in early next year (working remotely until then).

The equality of the two offices reflects the recognition that over the past five years, the Asian market has become extremely important – overtaking Europe as the second largest in the world after the United States, the team said, and powered by young tech and entertainment buyers in places like Japan, Hong Kong, Korea, Malaysia and Singapore.

“Asia is really at the point where it can create this kind of success and world-class expertise in the region, not something that is imported from Western organizations,” Terase said. “It’s become such an important market to even determine how you structure sales in New York. “

During his decade at Sotheby’s, Terase – who previously worked in mergers and acquisitions at Morgan Stanley in Tokyo – helped strengthen the Asian presence of American auction houses, starting with a pop-up auction at Hong Kong in the fall of 2016.

“This was truly the first time that an international auction has featured Western art in the main auction series,” she said. “At the time, no one believed in sending large pieces to Hong Kong – they said collectors would come to London or New York to buy.”

Last week, Sotheby’s five modern and contemporary sales in Hong Kong totaled $ 185 million, bringing the cumulative total for the year in those categories in Asia to $ 600 million, a 35% increase from 2020.

Cappellazzo arrived at Sotheby’s when his consultancy firm, Art Agency, Partners – managed with Allan Schwartzman, longtime artistic advisor, and Chinn, investment banker and lawyer – was acquired by the auction house in 2016.

Previously, she was President of Post-War and Contemporary Art Development at Christie’s for 13 years and began her career as an artistic advisor and curator.

In addition to AIG, Chinn will continue in his role as co-chair of LiveArt, an art trading platform he helped found in June.

AIG isn’t the only new partnership looking to Asia. It echoes the recent merger of four leading dealers, announced in August: Dominique Lévy, Brett Gorvy, Amalia Dayan and Jeanne Greenberg Rohatyn. Their company LGDR, from January, will represent artists and organize exhibitions, while advising collectors and negotiating auctions – but will only attend art fairs in Asia, where they say these gatherings remain an important gateway to a wider range of young collectors.

The AIG team, while providing a wide range of services, will advise Asian clients on promising new collection areas, such as NFTs – which Cappellazzo says are “here to stay” – and works by artists of color, a category that has already exploded.

Edward Dolman, executive chairman of Phillips, the auction house, said the new company made sense given that Asia is “the fastest growing market area,” and adding that to strengthen Its presence in China, Phillips recently began partnering with Poly Auction. , in Hong Kong.

Christie’s, for its part, built a new headquarters in Hong Kong and held unsold exhibitions to promote Western art in Asia. “A third of our transactions are now with clients in Asia,” said Marc Porter, Christie’s President for the Americas. “Just as the art trade must have developed from London and Paris, we now have the same responsibility in Asia. It is the start of a trend for the century.

Cappellazzo said she has admired Terase for a long time, having worked closely with her at Sotheby’s. “There’s no one I’ve worked with so talented,” said Cappellazzo, “whose historic lineup of art is so nimble.”

The different skills of the three partners, Chinn said, “take you from nut soup to any deal.”

As to whether they would collectively nibble at the business of art advisers, auction houses or art dealers, the team said their business was additive. “We’re making the pie bigger,” Chinn said. “There are so many opportunities left in the market. “