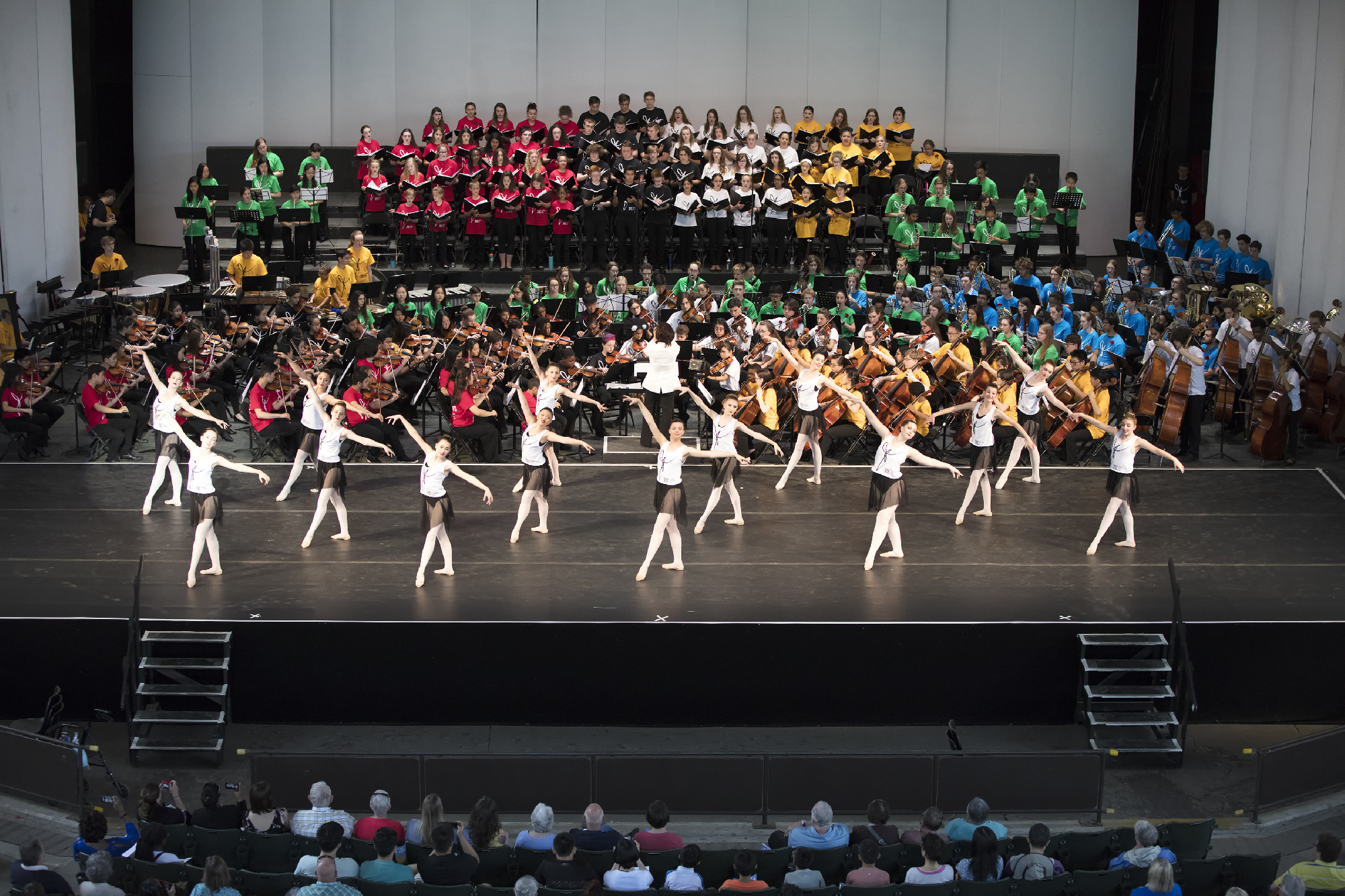 The grounds of the Saratoga Performing Arts Center will resonate with joyous noise on Sunday with the fifth annual Young Artists Festival. More than 500 teenagers, mostly who dance, play an instrument, sing, write poetry, paint or create all kinds of visual arts, will celebrate this collaborative event.

The theme of the festival is interdependence, as when a poet works side by side with a musician, just as members of a community depend on each other for hope and happiness, especially during a tragedy. or a disaster.

“We’ve noticed how it builds community, especially in a cross-disciplinary discipline,” said Dennis Moench, vice president of education at PSPC. “All forms of art are linked.”

This concept has been at the heart of the festival since its conception. More than five years ago, Moench, SPAC executive director Elizabeth Sobol, and members of the Empire State Youth Organization, which included then-music director Helen Cha-Pyo, met to discuss ways to feature students from all artistic disciplines. Noting that there were few venues in the Capital District that could handle such a crowd, Cha-Pyo suggested that since SPAC had the biggest stage in the area, why not turn it into a festival, Moench said. .

“Everyone thought it was a great idea,” he said.

They decided to limit student participation to the 11 counties that made up the Capital Region and Adirondack Park. Submissions were received in the fall and everyone was encouraged to apply as long as they could create work that fit within one of the artistic disciplines.

“The focus was on the process and the enrichment of the student rather than the end product,” Moench said. “It was for them to experience the joy of the creative process and come to love this art form even before reaching a higher level of skill. There were no limits. »

From the beginning, there have always been many dancers and musicians who have applied, including those from ESYO, Capitol District Youth Chorale, Northeast Ballet, and most recently, students from SPAC School of the Arts. Applications in the visual arts have increased significantly with this year attracting over 200 students.

“Poetry has been a roller coaster,” Moench said. “Last year, with the pandemic, we had the most students writing. But this year there were fewer.

Despite the numbers, Presidential Inaugural Poet Richard Blanco visited SPAC to work with three poets who have held virtual workshops over the past few months. One of the students is Lauren Zhu, an eleventh grader from Shaker High School, who was named the literary arts winner and will recite her winning poem, “I think better with my eyes closed,” in the finals of the event.

“I had two workshops with Mr. Blanco and he helped me tighten the language and be more specific,” Zhu said. “He was awesome . . . amazing. He taught me how to revise and play.

While her goal is to write more often, do summer workshops, and refine the process, Zhu noted that she doesn’t have any friends who write poetry — though she also works in the school newspaper. But the festival’s theme of interdependence is meaningful to her because many of her friends practice other artistic disciplines, she said.

She will also be on stage with Blanco, who will recite her own poem, “Declaration of Interdependence.” It will be during the last event of the day, when around 200 of the students will be on stage to perform in some measure.

Before that there’s an art exhibit of over 50 works, games, balloons, workshops, free ice cream from Stewart’s, ESYO’s CHIME program of 100 kids performing, poetry readings , dances ranging from classical to hip hop and Irish dancing, singing choirs, and a special tribute to David Janower, who led the Albany Pro Musica until his death, with “Omnia Sol”, which was sung at his memorial.

Moench said the continued support from Adirondack Trust Company and this year’s CDPHP made the festival possible.

People must register to attend either at www.spac.org or www.spacfoya.org, or at a table at the entrance to the site. The event is free upon registration.

Masks are optional but required backstage; no proof of vaccination is necessary.

More from The Daily Gazette: