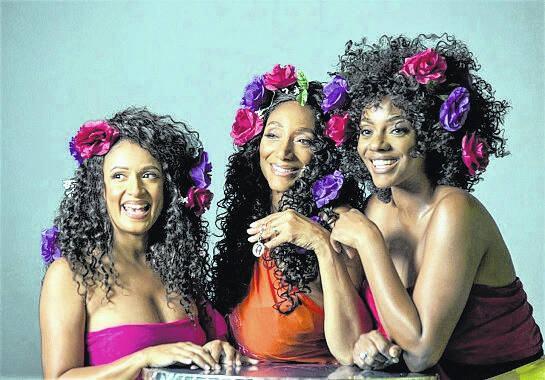 PEMBROKE – The Givens Performing Arts Center on the campus of the University of North Carolina at Pembroke has announced its Spring 2022 Professional Artist Series. Events are scheduled from January through April and subscriptions can be purchased now.

â€œWe reopened our doors to the public in the fall, but we wanted to wait until spring in the hope that audiences would feel safer and more comfortable returning to larger productions,â€ said James Bass. , Executive Director of GPAC.

The 2022 season kicks off Saturday, January 22 with Forever Young, following a group of friends as they explore the greatest musical hits of our time. The show features music from The Beatles, Billy Joel, The Rolling Stones, Queen, Michael Jackson, Bob Dylan and more.

Sister Sledge, whose iconic hit “We Are Family” topped the Top 40 charts, will perform on Saturday February 26th. They amassed a string of gold and platinum hits and four GRAMMY nominations.

The Russian National Ballet returns to the GPAC on Monday March 14 to present “Cinderella”, a complete two-act ballet based on music by Sergei Prokofiev.

The season ends on Friday April 29 with the Broadway National Tour of the South Pacific. Set on a tropical island during WWII, this timeless Rodgers & Hammerstein classic features inspiring history and music beloved around the world.

In addition to the packaged performances, two performances are available as a bonus. On February 24, Mike Wiley will perform his solo piece, “Blood Done Sign My Name,” and the US Air Force Band will perform a free public concert on April 2.

â€œTickets are currently only available as seasonal subscriptions,â€ said Chad Locklear, GPAC Marketing Director. â€œSingle tickets for each show will go on sale on specific dates. This gives our subscribers the opportunity to purchase tickets before the public.

Subscriber packages start at $ 135 and can be purchased online or at the box office. To view all of the season’s lineup and learn more about individual sale dates, visit www.uncp.edu/gpac or call 910-521-6361.